Almost a year ago the new model that we finally know today was announced. The Panasonic Lumix GH6 takes over from its predecessor to become the benchmark in the world of video without forgetting a moment of the photography benefits. They want it to be the preferred choice for content creators because of its professional features. From its exterior design it is clear who this new flagship of the brand is aimed at.

Is a professional video camera disguised as a camera. A compact machine, although not as compact as we are used to in the world of Micro Four Thirds, which continually winks at the world of video. The great presence of the record button and especially the ventilation slots that we find in the area of ​​the screen tell us everything that this new model really does.

However, when we get into the menus and start reading the manual (essential in this type of camera) we discover that we are facing an evolution that allows us to go further in issues that are so questioned by the general public such as image quality in situations low light But let’s get into the new world of the GH6.

This new model has a new 25.2 MP Live MOS sensor without low-pass filter, which allows you to take advantage of its full resolution. It also reduces the rolling shutter effect when shooting video or freeze motion and achieve a wide dynamic range.

We also find the evolution of the well-known venus processor from Panasonic, which allows:

And of course, thanks to the electronic shutter, this camera reaches 75fps in AFS at full resolution. It is clear that the next battle to differentiate will be in the frames per second that the camera achieves.

The electronic viewfinder more than complies

Where it has made a considerable leap in quality is in the world of video where it has improved its performance even more, as we will see later. We advance, to realize the model that we have in our hands that can record in Apple ProRes 422 HQ and Apple ProRes 422for the first time in the LUMIX series to allow non-linear editing without transcoding.

Video features lead the way for the GH6

At the beginning we have pointed out that the design of the body betrayed the public to which the GH6 was directed. But if we go a little deeper inside, we find the following features in the world of video, of course with the possibility of record without time limit:

But we do not stop here in videographic benefits. At the time of recording it reaches 12 stops of dynamic range thanks to the pre-installed Vlog which allows color reproduction similar to that achieved by Panasonic’s professional range within its VariCam range. This helps us improve color post-production.

On top of that, sound recording has also made a qualitative leap. For the first time in a Lumix we have four channels at 48kHz or 96kHz at 24 bits if we connect an XLR microphone…

The double slot with the CFexpress in the foreground. something fundamental to enjoy all its videographic features.

Of course we can enjoy all these benefits thanks to the type B CFexpress card that supports, in addition to the classic high-speed SD. If we do not have that card model it will be impossible to record in Apple ProRes at 4K or higher.

And we don’t finish with its benefits, because when working we find: waveform monitor, zebra pattern, luminance point meter, frame marker, preview screen in anamorphic mode without compression… and many more things that only true video professionals will enjoy, such as the famous tally lights in two different areas.

With the Panasonic Lumix GH6 in the hands

We are still recovering from the sensations after the first contact. It is a camera that he needs weekends on a stretcher table to get all the juice out of him. It has so many features that we can get lost along the way and fall into the temptation of working as it comes from the factory, without taking advantage of everything we can do. 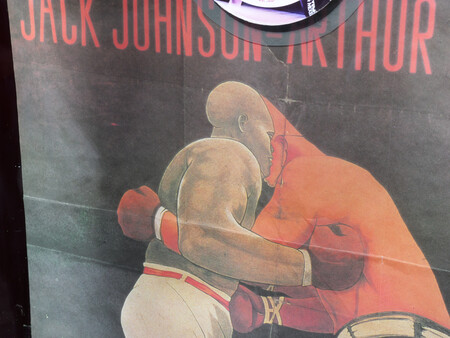 It is clear that is a video model by the acronym H that appears in its name. If the G was alone or we only saw one yes we would have a photographic model in our hands. But let’s not be fooled by the cover and let’s go inside.

The RAW files of the new sensor cannot be processed yet, so we imagine that when it is released in March and the reference programs release their updates, the final quality will be much higher. 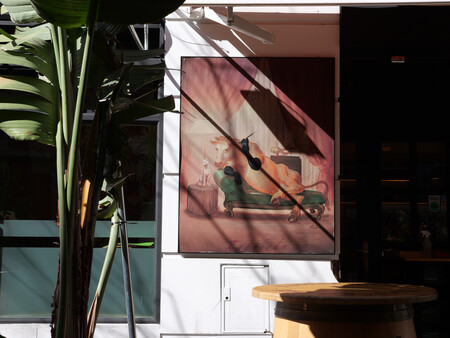 Not at all its size corresponds to the size of its sensor. It is larger and heavier (almost 100 g) than its predecessorpartly due to the ventilation grilles behind the 3″ screen. The handle is large and ergonomic to house a battery that seems more typical of the Panasonic S-series. It is not a toy and it is something that is clearly seen by the roundness of its forms.

This size allows its interior to house the best dust cleaning system on the market and a 7.5-step stabilization system that allows you to shoot handheld in slow exposures. And as a consequence of this, it also allows high-resolution shooting without a tripod, to reach a whopping 100 MP files. 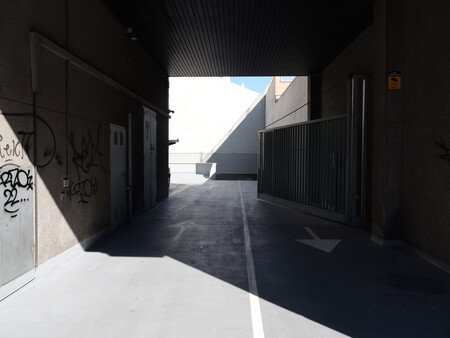 It is not an easy camera to handle. It is less complex than previous models, but something as easy as viewing the histogram is not solved with a simple walk through the menus. You have to read and study a lot to find it. It follows the path marked by the previous model presented, but still does not reach the readability of Canon or Nikon.

The image quality of the Panasonic GH6

As I have pointed out before, you have to study a lot to get all the information out of it. It is not an iPhone, to understand us, but the dark world of a BIOS, to give an approximate example and that I suffer in my flesh.

I don’t like to judge a camera without knowing the scope of RAW files. But for now we have to make do with compressed files. And we can really appreciate a qualitative leap with the new sensor in combination with the new processor. 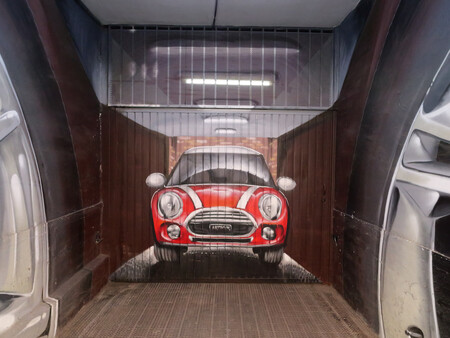 I can’t believe we’re in front of a ISO6400 in the photo we can see above. Noise is contained and your reduction work hasn’t overly compromised detail. We can still make out the metal on the door and the asphalt on the ground. 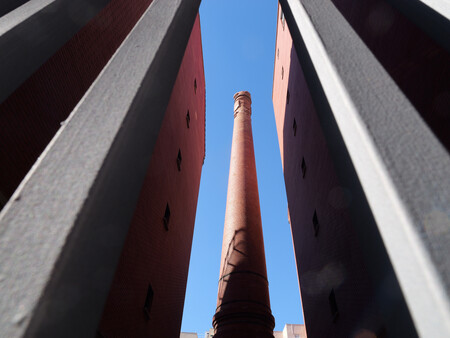 We are surely facing the first model with a Micro Four Thirds sensor with which we can shoot at more than 12800 ISO without fear of encountering unruly noise and a significant loss of dynamic range. It is something that we will take into account in the in-depth analysis that we are already preparing.

When Olympus sold its photography division, many of us thought that the Micro Four Thirds system had signed its death warrant. But we were wrong. It has made a strong comeback and OM System and Panasonic have reached new heights of quality with the models presented in 2022.

The Panasonic Lumix GH6 is a video camera with photographic features and body. It comes to replace a model that was presented in 2018, the GH5II. And it has changed three fundamental things to stay on top: a new sensor, an improved processor and updated video features. 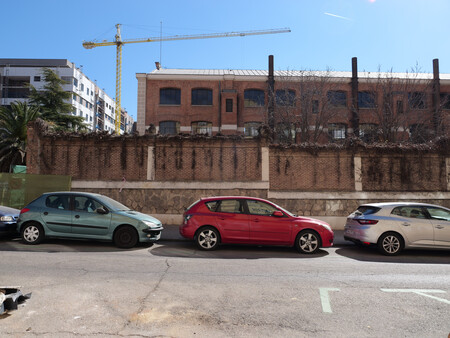 It still has the same focus issues as previous models. Panasonic prefers to bet on a contrast detection AF system. This means that in low light situations, with a lack of contrast, the GH6 still has problems. Of course, in full light the speed and precision of the autofocus is perfect.

All without losing the spirit and line of the GH series. Have a body resistant to dust, splashes and subzero temperatures. Its shutter withstands up to 200,000 cycles and allows recording without time limits. If to all these benefits we add the best photographic options, it is clear that we are facing a model that will become a new reference within the segment. 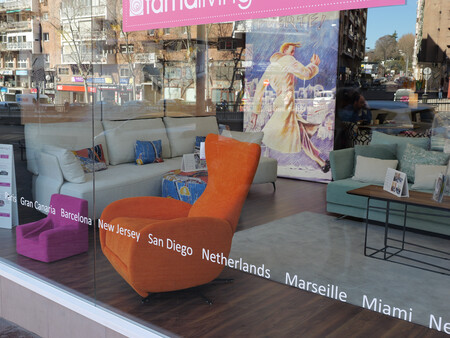 As almost always happens in the digital world, new models make old ones obsolete. This does not mean that we forget about them. Because now we can find them at a better price. And if you don’t need the latest buzz, surely we can find the Panasonic Lumix GH5 II for a very good price.

But the new GH6 becomes a reference in the competitive world of video. It has a contained price for professional benefits. and this is something that will be greatly appreciated by small production companies and all videographers who want to do the best possible job without breaking the budget.

Almost a year ago the new model that we finally know today was announced. The Panasonic Lumix GH6 takes over…

Almost a year ago the new model that we finally know today was announced. The Panasonic Lumix GH6 takes over…

Edge, Firefox and Chrome are about to reach their 100th version. For some websites it is a problem