Last year Huawei launched the MateBook D 15, a 15-inch laptop with an Intel processor. Well now this model returns to the fray, but renewed inside the hand of AMD. The new Huawei MateBook D 15 AMD It incorporates a Ryzen 5 5500U processor, which translates into “123% more performance” than the previous model.

The device can be purchased from now through the Huawei website, Huawei stores, Amazon and Carrefour. Its launch price is 799 euros and it is only available in one 8/512GB version storage. Made the introductions, let’s get to know him better. 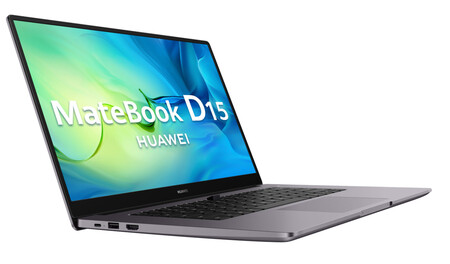 The 2021 AMD MateBook D 15 is a lot like its counterpart from last year. As such, it has a 16.9mm thick aluminum chassis at its thickest point and weighing 1.63 kilos. Far from being the lightest laptop, it shouldn’t be a problem to carry it anywhere in your backpack. It’s well-ported, has a full keyboard, and a fingerprint reader on the power button.

Unlike other models of the firm, the MateBook D 15 AMD 2021 does not bet on 16:10 screens, but incorporates a conventional 16:9 IPS panel. Its size is 15.6 inches, it has Full HD resolution, a maximum brightness of 250 nits and a matte finish to prevent unwanted reflections. In addition, it has the TÜV Rheinland Low Blue Light and Flicker Free certifications.

So far nothing really new. The novelty is inside, and it is that the new Huawei laptop we find the processor AMD Ryzen 5500U, with its seven nanometers, six cores and 12 threads that, according to the Chinese firm, offers 123% more performance than the previous model. The graphics are integrated AMD, the storage is in the hands of a 512 GB SSD and RAM memory stays at 8 GB DDR4.

Huawei has explained that the device also incorporates a fan with double blades in the shape of a shark fin (Huawei Shark End they call it) which they claim maintains high airflow and reduces noise levels. Finally, we must add the two speakers of two watts each, the two microphones and the combined audio input. 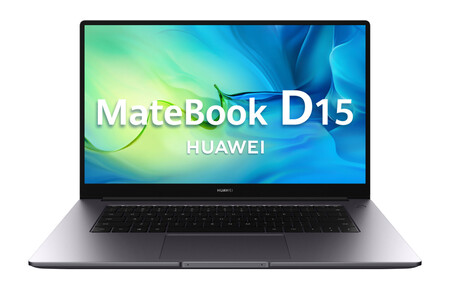 The operating system is Windows 11 Home and it comes seasoned with a good set of functions typical of Huawei, such as Huawei Share or the possibility of projecting the screen on a tablet from the firm to have a kind of second monitor. As for the battery, it has been increased to 56 Wh (the previous one had 42 Wh) and, according to Huawei, up to 9.1 hours of autonomy can be achieved in working and productivity conditions.

Versions and price of the Huawei MateBook D 15 AMD 2021 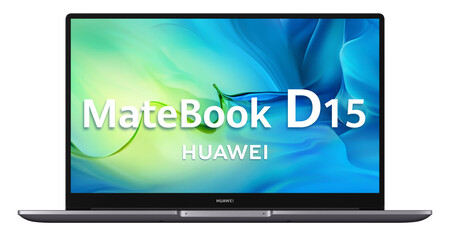