What a weekend of premieres and news we have ahead. From the long-awaited ‘Horizon: Forbidden West’ to the arrival of ‘Dune’ at HBO Max, going through premieres on Netflix such as the ‘Cuphead’ series or the second season of ‘Space Force’. And more, much more: comics, books, movies and series in our agenda of plans for the next few days.

Never before had an independent video game generated an animated series, but the truth is that ‘Cuphead’ is prime material for an adaptation, which had previously been rehearsed in comic format. But where it works really well is on the move, to take advantage of all those delicious nods to cartoons. vintage of the game. A cartoon crazy and frenetic, full of homages to the good old days of animated cinema. Now, let them do one of ‘Hotline Miami’.

Although on the surface it may seem like a satire version of ‘The Office’ on the space race, this series set on the base of a fictional (but not much) American Space Force play with other registers. Steve Carell -also a co-creator of the series- and John Malkovich are two friends with opposite characters and professions, a soldier and a scientist in charge of setting up this crazy aerospace defense project. Example of what can be seen, that we do not get tired of linking it: the playback of ‘Kokomo’.

One of the most anticipated exclusive landings in the HBO Max catalog is this adaptation of the Frank Herbert classic. It was one of the first major post-pandemic releases, and a standard-bearer for the Warner’s effort last year to continue nurturing theaters and their blockbuster platforms. The result is a film very much in the vein of Denis Villeneuve, with its solemn rhythm and impeccable visuals, and luckily, we’ll see how it ends: the second part is already underway thanks to its success.

A real surprise on Apple TV +, with a large majority of episodes directed by Ben Stiller, and that poses a kind of dystopia vintage set in an office where, at the moment, we don’t know what they do. What we do know is that the workers have undergone an operation that makes them forget everything that happens during their working hours, that is, they become different people when they enter and leave the office. A metaphor as obvious and direct as it is disturbing.

Our fast-paced Korean sideshow movie of the week is this theatrical production featuring every twelve hours, a man wakes up in the body of a different person, not knowing where he is and unable to remember who he was. The film obviously tells of his search for his true self as he flees from an organization that seems hell-bent on killing him before he gets more clues about what has really happened.

One of the classic Playstation 4 titles returns with a sequel that It does not risk, but it offers a technical deployment at the height of the latest Sony console. Aloy continues to discover details about the fall of Humanity and herself, and Guerrilla has done a job debugging the arsenal, combat mechanics and RPG details. Visually stunning, and perfect for those looking for hours of immersion, exploration, and action.

After almost a year of delay on the expected release date, comes this tactical action title that adds elements of strategy to the already classic style of one against a thousand of ‘Dynasty Warriors’. The story is, as usual in the franchise, inspired by the ancient Chinese stories of the Three Kingdoms, this time focusing on missions such as besieging castles or doing politics outside the battlefield. We will live real historical events, such as the Yellow Turban Rebellion and the Battle of Chibi, although players will be able to make decisions that take history in different directions than the authentic ones.

Creative Assembly rings the bell again with its trilogy of strategy games licensed by Games Workshop. More accessible than ever (there is a mini campaign of five hours as a prologue that serves as a tutorial to learn basic mechanicss and news of this installment), on this occasion Creative Assembly throws the remains with the history of the Kingdom of Chaos. A conflict that confronts eight playable factions, each one with its very different peculiarities, divided into a hundred indigenous groups.

‘The King of Fighters XV’

We were talking last week regarding ‘Sifu’ about a certain revival of interest in fighting video games. This week we have another test, the return of a true classic with no less than 39 fighters and that recovers not only the usual fighting system, by teams of 3 against 3, but also adds new mechanics and techniquess combat. Also the online game has been refined to reduce the lagand allows cross-play on Sony platforms.

Astiberri recovers the first joint work of this tremendous combo of authors that we have already read in ‘Las Meninas’ or ‘La cólera’, and here they adapt a total classic of science fiction and Victorian horror. This 2009 comic is brought back with a new cover, larger format, and eight pages of extras and sketches, in an adaptation with a twisted and sinister atmosphere that captures all the disturbing psychodrama of Robert Louis Stevenson’s novel.

‘The manufacture of death’ (Alexandra Midal) 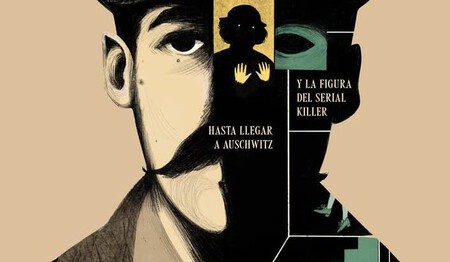 An unusual test mix true crime and sociological analysis, which delves into the figure of Henry Howard Holmes, America’s first serial killer. To carry out his crimes, he built a hotel in Chicago equipped with the latest technological innovations next to one of the most sophisticated slaughterhouses in the world. A masterpiece of serial death that uncovers a fundamental connection between the rise of the Industrial Revolution and the figure of the serial killer. 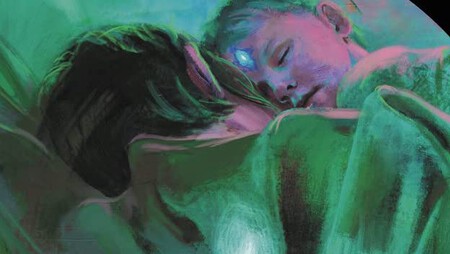 The Carfax Library continues to live up to its prestige as the best publisher specializing in terror in Spain, and publishes an anthology of Violet Hunt stories that promises to shock the most hardened reader with its mixture of traditional horrors and renewal of ghost stories. Nine stories where we find vengeance from beyond the grave, unexplained events and trotting spirits to keep us awake for several nights. 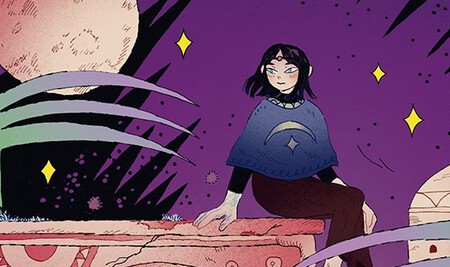 Anabel Colazo has become, based on an invariably excellent job, one of the most stimulating names in our comics. His latest work, published by La Cúpula, demonstrates this by taking us back to a time when everyone had access to magic. Or not? Ania, heiress to the throne by imposition, tries to find out what really happened in this story from the past and what is truth in these facts with the help of a mysterious sword that he has found.

What a weekend of premieres and news we have ahead. From the long-awaited ‘Horizon: Forbidden West’ to the arrival of…

What a weekend of premieres and news we have ahead. From the long-awaited ‘Horizon: Forbidden West’ to the arrival of…

In Spain we have a serious problem with exams. The new selectivity is not going to solve it